Codeless drop-in universal library allows to prevent issues of keyboard sliding up and cover UITextField/UITextView. Neither need to write any code nor any setup required and much more.

Based on the "Keyboard" category.
Alternatively, view IQKeyboardManager alternatives based on common mentions on social networks and blogs.

Do you think we are missing an alternative of IQKeyboardManager or a related project?

While developing iOS apps, we often run into issues where the iPhone keyboard slides up and covers the UITextField/UITextView. IQKeyboardManager allows you to prevent this issue of keyboard sliding up and covering UITextField/UITextView without needing you to write any code or make any additional setup. To use IQKeyboardManager you simply need to add source files to your project.

IQKeyboardManager works on all orientations, and with the toolbar. It also has nice optional features allowing you to customize the distance from the text field, behaviour of previous, next and done buttons in the keyboard toolbar, play sound when the user navigates through the form and more.

@rebeloper demonstrated two videos on how to implement IQKeyboardManager at it's core:

Or you can choose the version you need based on Swift support table from [Requirements](README.md#requirements)

Carthage is a decentralized dependency manager that builds your dependencies and provides you with binary frameworks.

You can install Carthage with Homebrew using the following command:

To integrate IQKeyboardManger or IQKeyboardManagerSwift into your Xcode project using Carthage, add the following line to your Cartfile:

Swift Package Manager(SPM) is Apple's dependency manager tool. It is now supported in Xcode 11. So it can be used in all appleOS types of projects. It can be used alongside other tools like CocoaPods and Carthage as well.

To install IQKeyboardManager package via Xcode 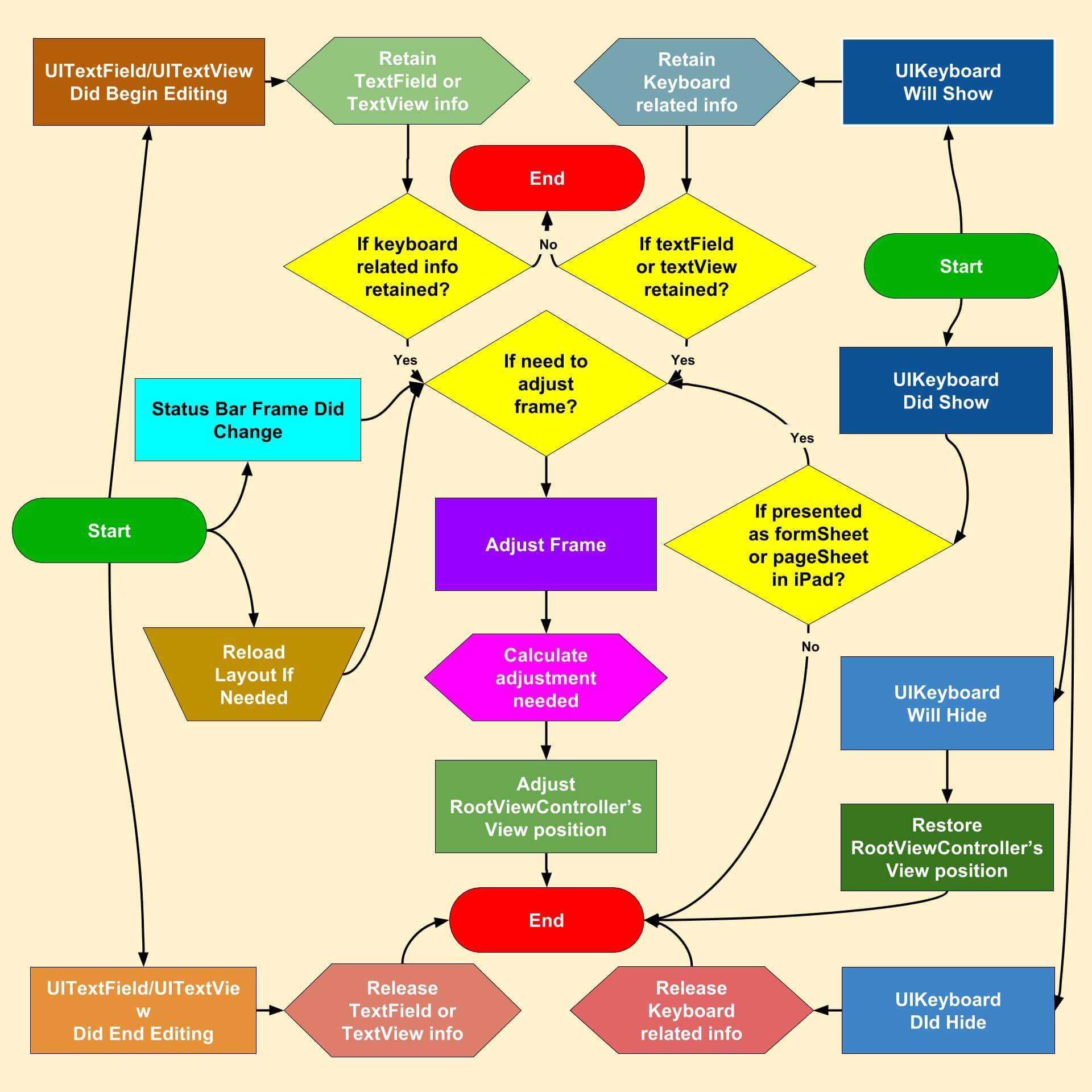 Distributed under the MIT License.

Any contribution is more than welcome! You can contribute through pull requests and issues on GitHub.

If you wish to contact me, email at: [email protected]


*Note that all licence references and agreements mentioned in the IQKeyboardManager README section above are relevant to that project's source code only.